The shepherdess of the glaciers
Tsering herds 350 goats and sheep in transhumance in the Himalayas, often alone. This time, she narrates her journey and philosophy to her brother, the filmmaker, Stanzin Dorjai in collaboration with Christiana Mordelet. Trailer for a fascinating full-length film of over one hour.
Preserving Rajasthan’s camel herds
The Raika people in India have been herding camels in Rajasthan for centuries, but their traditional way of life is now under threat. A German NGO, League for Pastoralist Peoples (LPP), is trying to create a perspective for the camel herders through the sale of camel milk and other products, in order to help the Raika sustain their livelihood. Credit: Cornelia Borrmann, Deutsche Welle
Camel charisma
Raika pastoralists in Rajasthan, India, herd their camels on natural vegetation and practise dairying in an animal-friendly and ecologically sound way.
The last Dokpas of north Sikkim 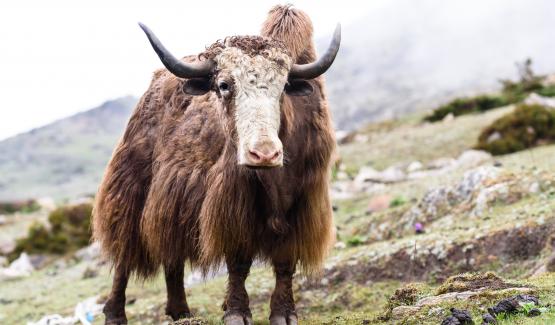