UN Declaration on the Rights of Indigenous Peoples (UNDRIP) 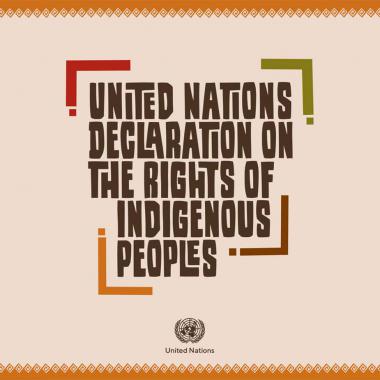 To the extent that pastoralists identify themselves as Indigenous Peoples (IPs), the United Nations Declaration on the Rights of Indigenous Peoples (UNDRIP) is a key international legal instrument to protect the core elements of pastoral governance, including territory, collective identity and customary institutions, leadership and law. UNDRIP was adopted by the UN on 13 September 2007 to protect the rights that “constitute the minimum standards for the survival, dignity and well-being of the indigenous peoples of the world”. Specifically, UNDRIP’s Articles 25–30 directly recognised the collective rights to land, territory and natural resources. See the one-pager about the UNDRIP and pastoralists with embedded links to relevant resources online.